Shopping in the USA By Reuters 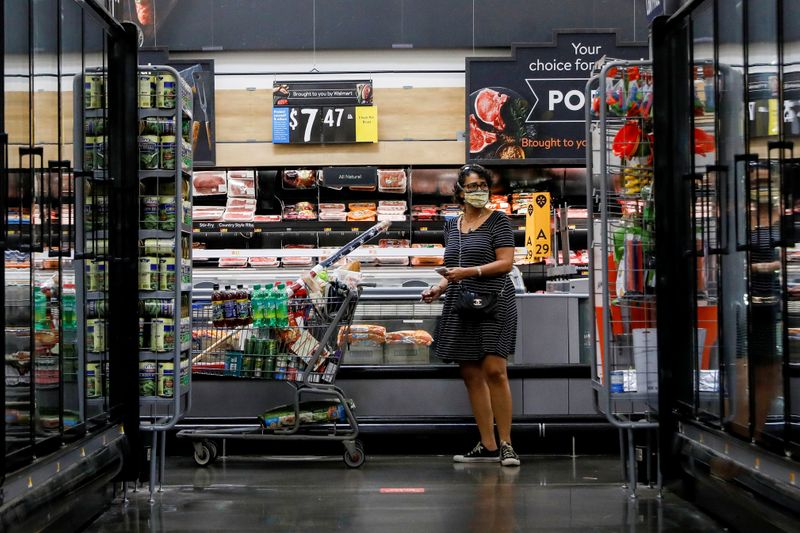 A look at the day ahead from Dhara Ranasinghe.

U.S. July retail sales data later on Tuesday could take on added significance after last week’s University of Michigan survey showed consumer sentiment slumped to its lowest in a decade.

Economists polled by Reuters forecast retail sales fell 0.2% after rising 0.6% in June. Any signs that consumer spending faltered by a larger degree given a resurgent Delta variant could prompt yet another market rethink on the taper timeline.

Indeed, a week ago (before Friday’s sentiment survey) markets were confident that the Federal Reserve could discuss dialling back emergency stimulus as early as September given an improving jobs market.

Fed chief Jerome Powell is also scheduled to speak. His words will be scrutinised closely for any more insights on Fed thinking.

Until then turmoil in Afghanistan and concern about rising COVID-19 cases look set to weigh on market sentiment globally. Asian shares declined, European stock market futures are flat to lower, while Wall Street is tipped to open lower later on.

Japan is set to extend its state of emergency in Tokyo and other regions to Sept. 12 as COVID cases spike.

The dollar meanwhile slid more than 1% after New Zealand reported a new case of COVID-19, the first since February and a sudden risk to what has been one…

Recycling can keep wind turbine blades out of landfills

When Royal Mail’s last Christmas post date is for the UK, Europe, USA, Australia, and more

The latest data on the economy say it’s totally recovered, but it still feels like a struggle for the working poor, experts say

Readers say American intelligence has changed over the years

BeIN Sports gets PTO Collins Cup rights in US, Canada and MENA

The Afghan economy in charts: what has changed in two decades?