International Rising Stars: 9 Cannabis CEOs To Keep An Eye On

By Cynthia Salarizadeh, House of Saka.

Less than 30 years after Israel became the first nation in the world to allow its citizens to use cannabis for medical purposes, the medical and adult-use cannabis markets have spread across the globe at a dizzying rate.

Scientific research and cultural shifts have legitimized cannabis use, and dozens of countries now have fully regulated national programs that allow for varying degrees of legal access (the United States remains a notable exception, although currently, 36 states and four territories allow for the medical use of cannabis products).

According to a recent report, the global cannabis market is expected to reach $42.7 billion by 2024 — and shows no sign of slowing down after that.

While by no means exhaustive, this list of CEOs represents all developed continents and the CEOs leading some of the most exciting cannabis and hemp companies around the globe — showing the reach of the industry and its still untapped potential. 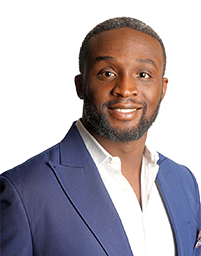 Oludare (“Dare”) Odumosu, PhD, is the CEO of a global cannabis formulation and research company Zelira Therapeutics, which recently made history with the world’s first successful Phase 1/2a clinical trials for a cannabis-based insomnia medicine, and just announced its second world-first clinical trial, for sports-related chronic pain.

As a publicly traded company on the Australian market (ASX:…

Global Internet of Things (IoT) Analytics Market to Reach US$81.8 Billion by the Year 2027

With new subsidiary, Amouage eyes US to become their second largest market

Can You Make Profit By Selling on Amazon Europe?| APN News