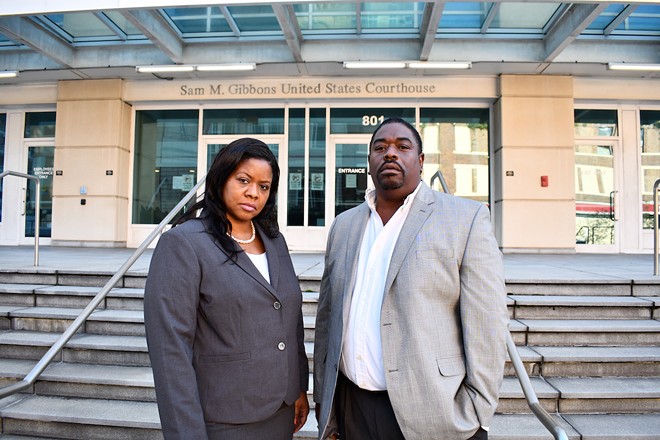 During closing arguments today in the federal wrongful death trial for Andrew Joseph III, images of the child were displayed on a projector for the court to view.

There were pictures of him as an infant, as a toddler in the bathtub, playing football, with his sister Deja, his mother Deanna, and his father, Andrew Jr.

The packed courtroom sat in silence as the jurors looked upon the images. Some Joseph supporters in the court started crying.

Joseph family attorney Guy Rubin stood in front of the images as he spoke. Rubin said that the Josephs had, “created a stable home life and raised their kids in all the right ways.”

He said that the jury should consider the love shared in the Joseph household when they decide on whether damages will be paid out to the family.

Since Joseph III’s death on Feb. 7 2014, their lives have been upended by grief.

“This is the most life impacting harm and loss imaginable,” Rubin said. “Even when Deanna sleeps, she cries.”

Attorney Bob Fulton said that the sheriff should not be held responsible. He pointed to the fact that it was hours after Joseph was ejected from the fair by Corporal Mark Clark that the child died on Interstate 4.

3 Things To Look For When Hiring A Personal Injury Lawyer