The group that made blue collection boxes ubiquitous in the collective Jewish American memory is now accepting donations in a format fit for the digital age: bitcoin.

A charity with roots that go back to the start of modern Zionism, the Jewish National Fund-USA has set itself up to receive gifts of bitcoin and about a dozen other cryptocurrencies through a listing on a website called The Giving Block.

Due to the price swings and risks associated with cryptocurrency, any such donation to JNF-USA will be cashed out immediately. 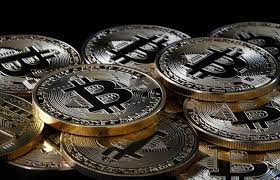 “The minute we get it, we’re going to convert it to cash,” Matt Bernstein, JNF-USA’s chief planned giving officer, told eJewishPhilanthropy. “It’s highly volatile, and we’re not in the speculation business. This is our general policy; it’s what we do with stock.”

JNF-USA joins a handful of Jewish charities that are entering the brave new world of cryptocurrency.

The group that started the trend in 2013 and appears to be the most active is the Chabad-Lubavitch movement, known for its outreach to unaffiliated Jews across the world. More than 100 Chabad-affiliated centers and organizations accept donations in Bitcoin.

Which cryptocurrency coin to buy first, where

IBA and IA partners for campus entrepreneurship program on blockchain

Rich Latin Americans Travel to US for Vaccine