As a missile would fly, Huawei’s headquarters in Shenzhen and TSMC’s foundries in Taiwan are separated by about 450 miles of Chinese coastline and choppy seas. For years, Chinese renminbi flowed in one direction and Taiwanese semiconductors in the other. Reckoned to be TSMC’s second-biggest customer after Apple, Huawei was responsible for about $5.4 billion of the chipmaker’s revenues in 2019, roughly a seventh of the total.

But US trade sanctions introduced by Donald Trump and maintained by Joe Biden have erected an insurmountable wall between the two organizations. In essence, they mean that any chipmaker reliant on American technology cannot sell to Huawei without incurring the wrath of US authorities. As a major client of US firms like Applied Materials, which produce chipmaking equipment, TSMC is subject to the ban.

While the loss of such a big customer is bad news for TSMC, the effective blockade is nothing short of an existential threat to Huawei. HiSilicon, its own chips business, designs the componentry used in Huawei’s gadgets and network equipment, and is far less dependent on US technology than Western rivals such as Nokia. But HiSilicon does not make chips. Those are crunched out by TSMC, and the alternatives are as hard to find as a Chinese Communist Party (CCP) libertarian. The consequence, experts agree, is that Huawei is running out of chips. 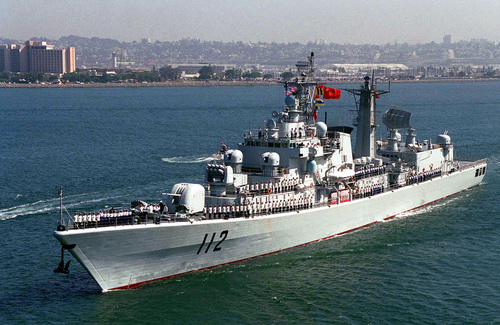 Amid a chips crisis, Chinese naval power could be on display in the South China Sea.

Why if your LGBTQ Pride Month isn’t intersectional, it’s not pride