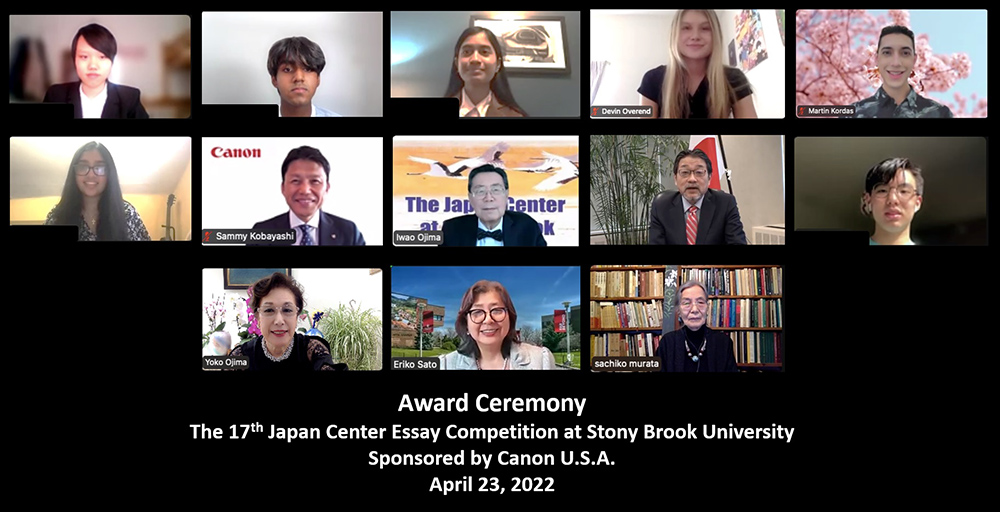 Eriko Sato, chair of the JCSB Essay Competition, reported that 140 essays were submitted from 33 schools for the 17th competition, and seven essays were selected by a committee of judges headed by Chief Judge Sachiko Murata. Each winner received a cash award of up to $3,000 and Canon products. The winning essays can be found on the JCSB website.

Stony Brook University students Devin Overend won the Uchida Memorial Award and Martin Kordas won the Special Award in the competition. They were presented with a $1,000 and a $500 check, respectively, as well as an award certificate and Canon products.

Overend’s winning essay, “The Tears We Shed,” describes the inspiration she gained from Bashō’s haiku poetry. Through his profound poetry, Bashō teaches us how to deal with grief and the loss of loved ones, as in Zen Buddhism, which prepares us to accept the world as it is and encourages followers to drop their egos and find peace in meditation. Overend is a junior at Stony…

Import activity shows how uncertain companies are about 2022