BASF, Total work together to better life for many aspects – Port Arthur News

Do you see that Post-It note on the refrigerator reminding you to buy more bread?

There’s a chance it’s staying in place thanks to BASF in Port Arthur.

The refinery on Texas 366 produces the materials that are used in a number of products, from adhesives to tires and just about everything in between.

“Our site operates literally one of the world’s largest steam crackers,” said Ashley Joseph, sites communication specialist. “It represents a $1.5 billion investment by BASF and Total.”

While the two names are often seen together, it’s a common misconception that they are the same refinery. Instead, they operate together — 60 percent BASF Corporation and 40 percent Total Petrochemicals and Refining USA, Inc.

“We are a joint venture,” Joseph said. “One of a kind in our community.” 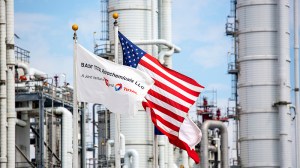 BASF and Total work as partners at the Port Arthur refinery, which is one of BASF’s 361 locations. (Courtesy photo)

By using the steam cracker, the refinery is able to take feedstocks — ethane, propante, butane, etc. — and turn them into chemicals like ethylene, butdiene and propylene.

“We manufacture a range of chemicals used in consumer products: adhesive from sticky notes and diapers; ethylene used for antifreeze, plastics, and some pharmaceuticals; propylene used for plastics; and butadiene is more for rubber,” Joseph said.

The Port Arthur site is one of 361 based in more than 90 countries.

According to the company’s…

Only 40% of US. population has gotten boosters: COVID updates

What Can You Do To Make The Most Of Your Online Learning?