How Much Is A Fan Worth?

It’s common for movie industry hotshots to thank fans on awards nights and tell them that they wouldn’t be able to do what they do without them. What’s much less common—in fact, nearly nonexistent—is when fans get to share financially in the industry they bankroll as well as call the shots themselves.

Assessing the Value of a Cinematic Experience

True, most movie lovers might not even think about benefiting financially from the movie industry themselves if they even ponder movie funding at all. Most of them wouldn’t dispute the price of viewing movies, especially as so much of it has gone to streaming. After all, can the experience of a film and the culture surrounding it really have a price tag?

Many moviegoers would probably admit they get from the film industry what they pay for as they get to choose which movies to watch and endorse. What’s more, they would likely be okay with small incentives such as movie reward programs established by theaters being the only way most fans themselves can benefit from a movie financially.

Many fans would consider financial rewards for their fandom unnecessary because movies make life more exciting and fun without such rewards. Plus, it could be argued that the industry belongs to moviemakers and their job is to profit from their creations, not the other way around.

More Than the Money but Made With It, Too

However, we’re not talking about the folks who make the sausage when we mention the moviemakers. We mean the movie moguls who provide movie funding but are happy to take moviegoers’ money no matter the quality of the movies their studios make.

Ultimately, the Big Six Studios take fans’ money while gatekeeping a centralized system that doesn’t let fans choose what they really want from the top down, beyond problematic audience testing.

But what if fans could help and receive financial returns that are experiential? Why shouldn’t fans receive a financial reward from the movies they love, rather than simply gaining a cinematic experience?

​​And wouldn’t fans be represented more equitably in movies that respect their tastes better? Rightfully, Hollywood is being attacked more and more for failing to represent its fans appropriately, especially in regard to their gender and cultural backgrounds.

Having fans choose what movies are made would put filmmaking on the right side of history and more accurately represent fans’ worth for the simple reason that those determining representation in movies would be the same ones greenlighting and funding them.

With a new paradigm in movie funding, financing a movie and doing it transparently wouldn’t have to be so problematic. Whether or not the money aspect of movies equates to a fan’s experience would be moot. The fans’ money—as an investment to make better movies as well as a benefit to their own finances—would be part of the experience.

And now it’s time to cue in Film.io. 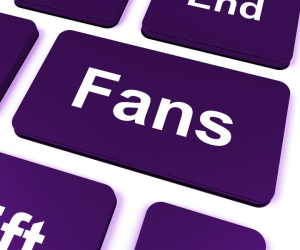 Reshaping How Entertainment Gets Made

With Film.io, a better movie reward paradigm is already here. Its super innovative movie crowdfunding platform already rewards fans for supporting movies they like while rewarding creators and investors for making films fans really want to see. And everything comes full circle for everyone, the way movie experiences should be but aren’t because of centralized power and financial opacity.

So how does Film.io do it? By making a unique blockchain movie industry connection. Specifically, the platform leverages blockchain technology that’s as inclusive, transparent, consensus-based, and efficient as the film industry should be.

Film.io’s decentralized platform constitutes a democratized filmmaking ecosystem that’s not controlled by anyone who isn’t bound by reasonably aligned motivations to honor the common good.

How True Tokens of Fan Esteem Run the Show on Film.io

Film.io has architected a unique design of crypto utility tokens to fuel its innovatively fan-driven ecosystem. Participants earn FAN movie tokens through voting or offering support in a wide variety of ways, such as following, rating, reviewing, and promoting projects, as part of a voluntarily gamified system. Participants can then stake each FAN movie token in many worthwhile ways, including assent to greenlight and platform governance.

FAN tokens are utility tokens, meaning they have a practical on-platform rather than monetary value. In Film.io’s case, the tokens allow you to express your film preferences through staking and lets your level of devotion to a film project be realized by helping determine which film experiences are created and how successful they become. Creators can then use FAN tokens they receive to realize devoted fans’ wishes.

Ultimately, Film.io’s new way of greenlighting and funding movie projects provides multiple opportunities for movie fans to benefit from their true worth—what makes movies worth making in the first place. Although most of the movie industry hotshots at awards shows are no doubt sincere in their appreciation of fans, Film.io puts their sentiment’s money right where its mouth is.

Disclaimer : The information is supplied by a Third Party. The content of this post is intended as a service to the market only. Newzz disclaims any responsibility or liability related to the use of any Third Party content.

Adam Driver On Potential Star Wars Return: Totally Not Against It

Black Friday travel: Britons can save £200 on flights to the USA and Caribbean -how to get | Travel News | Travel

The dental equipment market is estimated to reach USD 6.2