Gundam 0080: War in the Pocket Gets New Manga Centered on Chris – News 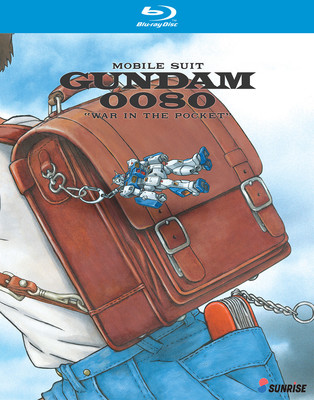 The July issue of Kadokawa‘s Gundam Ace magazine teased on Wednesday that Hiroyuki Tamakoshi is launching a new manga based on the Mobile Suit Gundam 0080: War in the Pocket OVA series in the magazine’s next issue on June 26. The new manga will take the perspective of Chris in the story.

Right Stuf released the anime on Blu-ray Disc in 2019, and it describes the story:

Universal Century 0079. When the Principality of Zeon learns of a new Gundam being built, the veteran spec-ops Cyclops Team is dispatched to the civilian colony of Libot to investigate. Their newest member, Bernard “Bernie” Wiseman, gets shot down in action and meets young Alfred “Al” Izuruha, who dreams of mobile suits and space battles. Al thinks of Bernie as a friend, and even goes to great lengths to track him down while on his mission. He doesn’t realize the potential danger he’s in. And Al’s nextdoor neighbor Christina “Chris” Mackenzie returns home with a new “government job.” She’s really the test pilot of the top-secret Gundam Alex – the objective of Bernie’s mission! As the story unfolds, three lives will be changed forever by this one small part of the war.

The OVA debuted in Japan in 1989 to commemorate the franchise‘s 10th anniversary. Bandai Entertainment previously released the six-episode OVA in North America. The anime previously received a manga adaptation by Shigeto Ikehara that ran in Kodansha‘s Comic BomBom magazine in 1989.

Where is Shannon Miller now? Update on American Olympic gymnast

Couple's garden unrecognisable as they transform space into tropical paradise