Apple Could Be Working on Smart Rings to Act as Controller for VR Headset, Patents Show

Apple recently submitted a patent with the United States Patent and Trademark Office (USPTO) titled “self-mixing interferometry-based gesture input system including a wearable or handheld device.” Essentially, the patent describes the use of ring-shaped smart devices worn by a user to control other apple devices. The ring may be used alone or in pairs and could potentially be used to control Apple VR headsets through hand gestures. It should be noted that as per the report, Apple has only filed a patent for the smart ring as of now. The company hasn’t confirmed that such a device will eventually be developed. So, this information should be taken with a heavy pinch of salt.

The patent, spotted by Patently Apple, shows the versatility of the product that has capabilities for Virtual Reality as well as for Augmented Reality and Mixed Reality.The patent by Apple describes the use of a technique called self-mixing interferometry (SMI) that will use one or more SMI sensors to detect hand gestures. An SMI sensor will be able to track users’ finger movements with respect to another finger and/or the palm. The SMI sensor will also be able to recognise devices like Apple Pencil and can work in accordance. 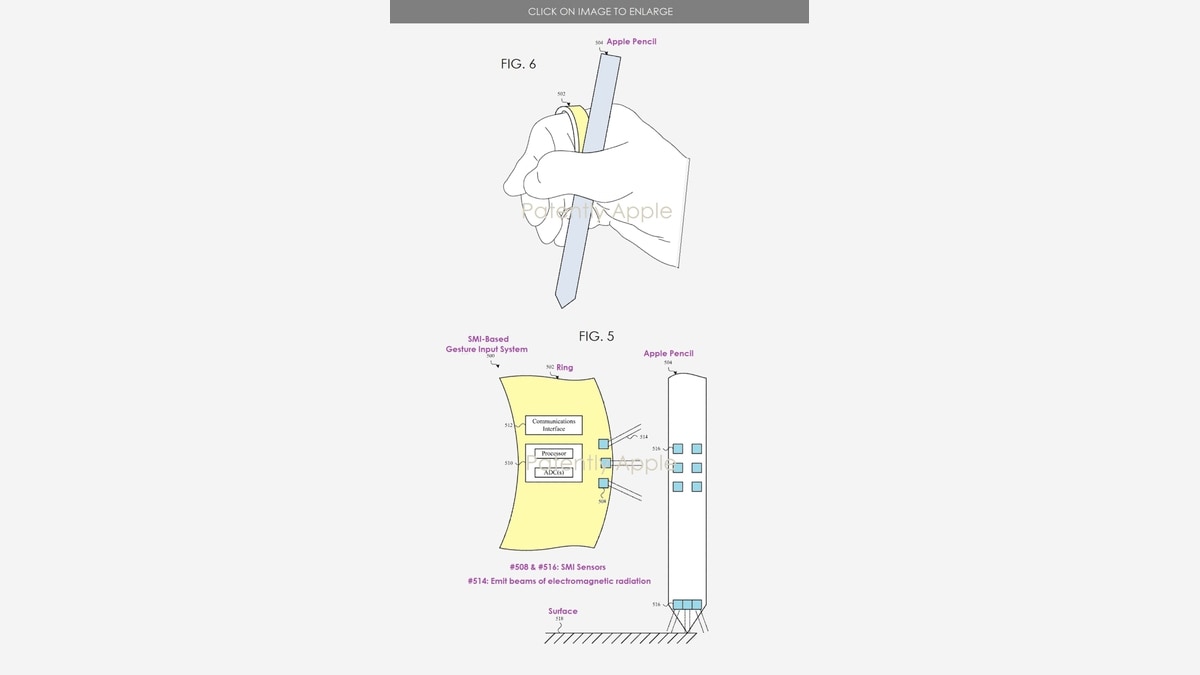 Apple’s patent also shows how the SMI sensor can be paired with a stylus
Photo Credit: Patently Apple

The data collected from such SMI sensors will be able to render real world objects into the virtual world for a better tactile effect. It will be able to judge objects like Apple…